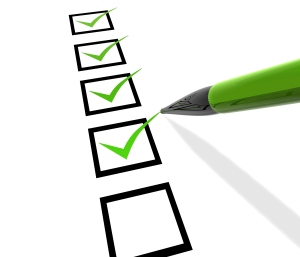 Wow, ok. It’s already the end of 2013. How can days move so slowly, but years move so quickly? Today I had one of those moments where I tried to remember back to my teens, looking ahead to what I thought life would be like in the year 2013. I don’t remember exactly what I pictured for myself at this time, but I can tell you it’s not what I’m living. It’s funny how that happens. It’s not good. It’s not bad. It’s just different. In many ways, I’m a different person than I was in my teens, so how could I have predicted correctly?

The even funnier thing is that I’m not 100% the person I was 11 months and 18 days ago when I began this year. I, like you, am an ever-evolving being. And I kinda dig that. It’s fits well with the side of me that likes to learn.

Travel back with me, if you will, to January 11th when I launched my theme for the year—SIMPLIFY. Oh, what a day—full of excitement and hope and possibility! It was a good day.

I will brag on myself that this was probably the best job I’ve done at keeping my theme in front of me. I had books and discussions and reminders galore. This theme was not going to pass me by! Or maybe after five or six years, I’m just starting to get the hang of things. 😉

I definitely made some improvements.

So, that’s it. That is my 2013 in a nutshell. Did I SIMPLIFY? Yes, I believe I did. I made progress. I lived this year with intention. I gave more of myself in many ways. And, yes, I did a little hell-gate prevailing along the way, I’m proud to say.

But I still have almost two weeks left, and I intend to finish well. Or maybe well-er. 😉