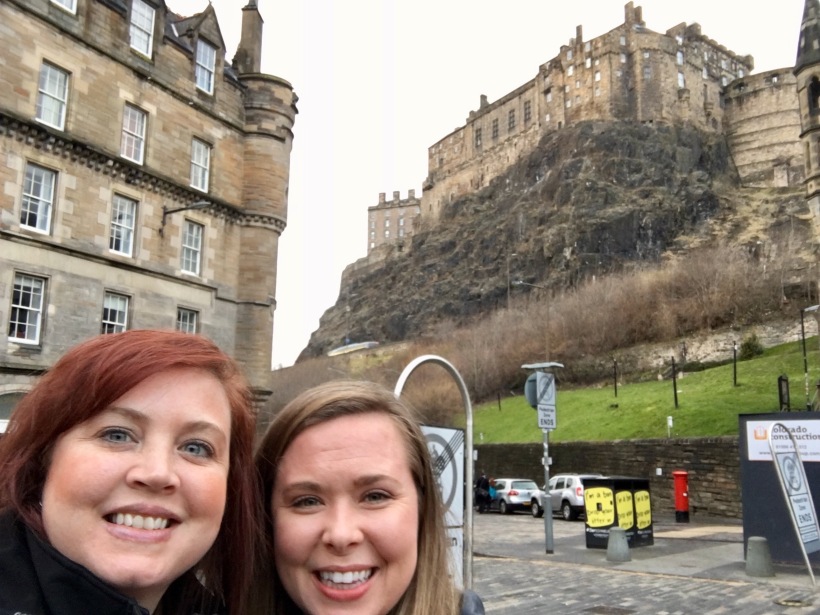 Raechel and I with Edinburgh Castle in the background…the inspiration for Hogwarts!

Scotland was the second stop on mine and Raechel’s England, Scotland, and Ireland tour. And it was an utter surprise and delight!

This beautiful country made the cut on our vacation itinerary mainly because our ancestors come from there (see the bonus section below), and also, why not? We were too close not to go! But unlike England and Ireland, we didn’t really have a lot of expectations or items on our To Do List.

After a bit of research, we figured out a few things to see and do, but mostly, it was a bit of a breather between two, much busier stops. However, we both absolutely fell in love with Scotland!

It was gorgeous, and the people were incredibly friendly. I think either of us would go back in a heartbeat!

You can check out all the trip photos here.

Because our families are both originally from the UK and Ireland (way, way back), Raechel and I both asked for Ancestry DNA kits for Christmas so we could get our results before the trip. That made our time even more fun and interesting, and we were on the lookout for our family’s last names and traces every where we went.

For the record, I’m 44% British, 37% Ireland/Scotland/Wales, as well as a little of this and that. But, really, you could just look at me and figure that out. 😉

If Narnia and Middle Earth had a baby, it would be the Scottish Highlands. This is us with Andrew, our tour guide.

One thought on “Scotland: Itinerary and Highlights”