Here’s a VERY quick look back at my 2015! There were so many things I didn’t get photos of, or have room for. So regardless of your inclusion here or not, thank you for making last year memorable!

Gosh, here we are. The end of the year. Are they speeding up or is it just me? It was a little over a year ago when I picked my word for 2015: FRAME. And wow, what a year it’s been!

There were two uses for this word when I chose it, both as a noun and a verb. I wanted to use FRAME as a way to get a better picture of what I want my life to look like, and also to help me put margin around things that I wanted to focus on. So how did it hold up?

As with all things in life, most of it is lived in normalcy of the day-to-day, and then there are these other distinct moments that helped to shape it as a whole. I can definitely say that FRAME helped me put it into perspective. And having my verse on the bathroom mirror, Matthew 6:33, where I see it each day, was a good reminder to set my priorities rather than having someone else set them for me.

One of the things I love to do is travel. And I was absolutely able to do more of that this year. I went to Nashville (twice), Chicago, INDIA, Minneapolis, Seattle, Irvine, Indianapolis, New York City and Washington DC! And I’ll finish up this year in Texas. Even though some of those were work trips, I managed to squeeze in some fun and friends. But being able to travel more this year was one of the absolute highlights.

As you can imagine, India was another one, which combined my love of travel with my love of social justice. I went with two friends to visit this beautiful and heartbreaking country where one of my friends has a program that helps girls complete their college education. It was the experience of a lifetime. I am forever grateful to those who donated to this trip so that I could go.

I was also able to do some more freelance writing and consulting, which makes me very happy. Some of the writing was based on my experiences of working as an event marketing director, and a lot of the consulting was in the arena of marketing and communications, but to further assist in social justice causes.

I love to learn, so additionally, I’ve had the privilege to participate in three book launches. One of those was unofficial, because it was a friend’s book, and two were as part of an official launch team. And along the lines of learning, I was able to attend a number of conferences again this year. I love attending conferences! I already have a few booked for next year that I’m looking forward to as well.

And I was very excited to cut down on my debt this year, despite some of the things above. My plan is to be debt-free next year, and I am counting down to that time! It will be a game changer for me.

I also made more progress with my health, which I am so grateful for. It’s been three and a half years of chronic issues. I never could have imagined it would be this kind of journey, but it has become part of a new way of living—at least for now. It’s a very slow process, but I have great help from my naturopaths and the support of my general practitioner, and I look forward chipping away at it again moving forward. I can’t wait to be healthy again!

Of course, not everything went as hoped or planned. I accept that will always be the way it is, but yes, it still stinks. There are many things to work on, and learn, and plan, and do. So, as a head’s up, I can tell you that next year’s words won’t be “nirvana” or “perfection.” But hey, where’s the fun in that?

So, these are the highlights. FRAME made for a good year. I’m sure I missed a number of things as I look back over 350+ days. There were other great causes, celebrations, conversations and connections, as well as seemingly ordinary hours that stacked up to create the last 12 months. There are things I’d trade, do-over and totally do-again. But, in the end, I tried not to waste any of this precious time. And that is the best I can ask of myself.

“Without reflection, we go blindly on our way, creating more unintended consequences, and failing to achieve anything useful.” – Margaret J. Wheatley 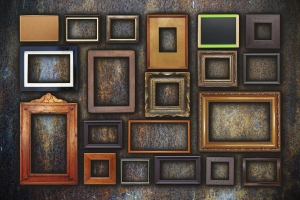 Well, 2015 is officially underway! Can you believe it! I work in event marketing, so we’re always a year ahead on the calendar. But nevertheless, when said year shows up on my doorstep, it still seems pretty surreal.

The New Year means a lot of things to a lot of people: new goals, new diet, new budget, etc. For me, one thing is always consistent. It means a new “word for the year” or theme. I love everything “new” (and a theme) so it’s always an exciting time for me to choose my new word. I usually start thinking about it sometime in November.

My word for the year is a very cherished tradition. My friend Daron had the idea to take a word and use it as a lens to view your year. Post where you can see it regularly, and it helps guide you navigate each day. This way you can look at a year proactively, instead of coming to the end of the year and only reacting to what happened. You engage your year more along the way. So a group of my friends and I have done this for years, sharing our word and accompanying Bible verse, checking in with each other throughout the year to see how it’s going, and then evaluating at the end. It has changed my years!

For 2015, I had an idea in mind, but couldn’t quite figure out how to articulate it. I came up with the word in December, but I had to let it marinate for a while to see if I’d keep it or find something more suitable. But as the end of the year came to an end, it seemed a good fit. And that word is FRAME.

Weird, huh? Yeah, I thought so too. It was out of the ordinary for me. I always try to pick a verb because I like the notion that it keeps me in motion, moving forward. But FRAME allows me both a verb and a noun—a two-for-one kind of word!

The original idea came from the concept of “margin” which I’d loved since my friend Mark retaught an Andy Stanley sermon series on the subject years ago. Create space, or boundaries, around things like time, money and relationships to allow for a buffer when the space is pushed beyond what you’re comfortable with. It’ll help you bounce back, or not make decisions you’ll regret. That’s kind of a lousy explanation, but hopefully you get the gist. So, “margin” became part of my group’s vernacular. It’s something I’ve since striven for, with sometimes good and sometimes not so good results. But I keep trying!

This past year really pushed against my boundaries, though, so I decided to make them a priority for 2015. I could take 30 minutes to explain the theme, and even make gestures to emphasize it with my hands, but until I came up with FRAME I couldn’t really condense it. And who has room for a soliloquy on their bathroom mirror?

FRAME gave me what I needed. And at the same time, in noun form, I think it helps me form a picture of what I want 2015 to be. See what I did there?

So, FRAME it is. And I think it’s a keeper. I’ve already started putting it into practice, and it’s doing it’s job. I’m really looking forward to the year ahead, and time to invest in this word along the way. Even though I don’t know what’s in store, I know it will allow me to give 2015 the perspective it needs.

And speaking of perspective, that leads me to my Scripture. I think this verse sums up how to FRAME my year.

“Seek the Kingdom of God above all else, and live righteously, and he will give you everything you need.” – Matthew 6:33 (NLT)

Typically, I just choose my word through prayer, Scripture, contemplation and conversation, but this year I came across a few resources that were fun to incorporate. I actually had no idea so many people did this same “one word” thing! So, I wanted to list them here for you in case you’re interested in starting this tradition and want a little guidance. The last few are just some great advice for ending one year well and starting the next one strong.

Hope your 2015 is off to a great start! May you find joy, and a little margin, in it over the next 11 and a half months.