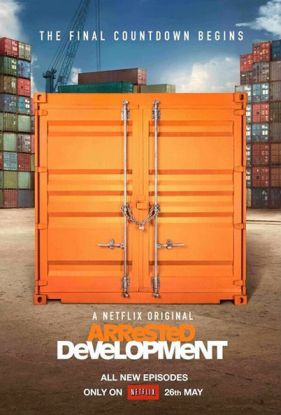 A number of people have already asked me what I thought of this release since I talk about the show so much, and I thought the easiest thing would be to write it down. This way I’ll always leave a note.

STARTING POINT: I think this is the most brilliant comedy ever written. I still laugh so hard when watching the first three seasons, just like it’s the first time. And let me explain that this is a real-life LOL, not a fake one—which I’ve never actually used in written/text format until now. It’s my kind of humor—clever and fast. This is almost always a different type of humor than is found on mainstream TV. I don’t actually find many of those comedies funny, and I think most of the good ones get cancelled. (Clearing throat and gesturing to the right.) So this was an oasis in the desert.

Of course, there are some story lines that I’m not a fan of, but just from a writing standpoint, it’s magic. (Or an illusion, however you choose to think about it.) I love the quick wit, sarcasm, exchange between characters, pace, callbacks between episodes, ensemble cast, supporting cast, guest stars, chicken impressions, and, oh so much more. It was/is a game-changing show, but sadly, no one else has changed all that much. And hough I have a couple other comedies that I do love, nothing touches AD for all those reasons.

And that is where I start Season 4…

Overall, I love the Bluths and always believe there will be money in the banana stand. (Though with inflation, it’ll probably take more than 50 cents to get you nuts.) I’ll keep watching if they keep making. But it was hard seeing some of the differences mentioned above. If this had been the first season and we had no expectations, it would’ve been different. But as this is Season 4, it was hard to live up to what we all wanted and hoped for. I think they did great things with what they had, though. And I am grateful for them even attempting it. After eight years, they could’ve given up, but we asked and they delivered. I’ve got another 15 episodes, more great quotes, extra time with some of the best characters ever written, and a fear of loose seals.

Thank you to: Netflix, the Bluth family, Ron Howard and Imagine Entertainment, and the many others who made this possible. Fingers crossed this isn’t the end. As far as I’m concerned, we can do as many final countdowns as Cher did final tours.