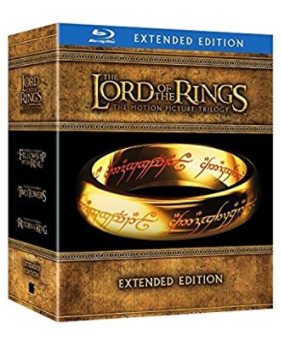 I’m a bit of a nerd when it comes to movies. I don’t watch them for the entertainment value, though I do enjoy them at times simply for that reason (my guilty pleasure dance movies, for example). But this business of show is one that I wanted to work in for a godd part of my life, so the appeal to me is more than the final product. I love the process. And when I watch a movie on screen or at home, I see the process. I appreciate everything that went into it. I look for themes, appreciate the beauty of the cinematography and lighting, listen to the writing come to life, marvel at the effects and pull out truths. And if you’ve ever been to the movies with me, you know that I typically sit through the credits afterward (and arrive promptly for the trailers and pre-show trivia). I watch the credits for a couple of reasons. One is that it lets me reflect on what I’ve just seen. They’ve given me the appropriate music to sit there and contemplate or discuss the things I liked, and maybe didn’t like. The second thing is that I want to recognize all the people that contributed to the film. I read the names of just about everything I can, not just the celebrities. I know they all played a role in the process of getting the film to me, and I’m thankful (usually). We’ve been on this journey together, and we’ll finish together.

Over the past week or so, I’ve been watching one of my all-time favs, The Lord of the Rings trilogy. I watch it at least twice each year, sometimes up to three or four times. I can’t get enough, and at the end, I’m always ready to start it over. I think it’s just a brilliant piece of movie-making on so many levels. Sometimes I watch just the movies, but sometimes I watch all the special features, too. I bought the Extended Edition on Blu-ray on Black Friday, so that gives me…over 27 hours of special features and footage. Nope, that doesn’t include the movies. Add in another 11+ hours for those. I can honestly say I get just as excited over watching the special features as I do the feature films. I laugh, I cry, but mostly I’m amazed. I appreciate the process. There are no words to describe the thought and detail that went into this trilogy. You can see how much the people love the books, and therefore, tried so hard to honor them. It is inspiring to me. I could never catch it all, even after having watched the special features a couple of times. And I love that.

In watching them this time, I started evaluating why I love the special features so much when so very few comparatively would dare (or care) to watch them all. I’m not a big Tolkien fan, though I think his work is astounding. I know it’s sacrilege to some to say this though, but I prefer the movies to the books. I’m a movie person, though. A filmie, my friend Daron calls me. But half of the reason I love these movies is that I love the special features. And in that, I love the process.

As I starting relating it to me and my life, I had a thought. I am, and I think this applies to many of us, always concerned about the beginning and the end. Sure there are always twists and turns in the middle, but mostly I want to know where something came from and where something ends. For example, I’m overly concerned about where I’m headed in life. (I still don’t know yet so don’t ask.) Where I am is always setting the stage for what’s next. I want to know what’s ahead for me, especially when times are hard. I don’t always appreciate my process. It’s hard, it’s tiring, it’s frustrating, it’s…not always fun. And I love fun. You can also take the prime example of a female like me. When she’s single it’s, when will she date? When she’s dating it’s, when will she get married? When she’s married it’s, when will she have kids? Sheesh. Let the woman enjoy one stage for a moment, will ya! I hear these remarks all the time from friends, females and males alike rather frequently. It’s never enough to be where you are. It’s only about where you’re going next. And frankly, that’s a shame.

Let’s take a lesson from my friend, Sam.

LOTR, for me, isn’t about the creatures or the monsters or the wizards or the hot elf who’s handy with a bow, it’s about the truths that I relate to and the process of storytelling. This scene, Sam’s speech, is my favorite in the entire series. It was sort of a last minute addition from the writers to tie up some loose ends and add some closure. I think it’s so beautiful. I watch it multiple times when I watch the movie, and tear up every time. I think it’s such a lovely description of not only life, but my Christian faith. (Yep, I tend to be a bit dramatic.)

We are living great stories, ones that really matter. And stories have a beginning, middle and end. (Note: otherwise you’re telling it wrong, Michelle.) The middle is the detail. Sure, sometimes that can be tedious, but it shapes and adds greater significance to the beginning and end. The middle is what makes us who we are. It gets us to the end. To forget that is to forget ourselves. That’s what happens when we’re “too small to see it” as Sam says. We can easily want to ignore the middle because it’s where we’re living, and not always where we want to be. But there are important lessons there, and to miss them is a tragedy. It could just be the plot twist we’ve been looking for.

My friends and I, and my favorite authors and workplace for that matter, talk about living great stories. That doesn’t mean you necessarily have to go cure AIDS or move to Africa or acquire a fortune. It could, but it doesn’t have to. It simply means recognizing where God has you and doing the best you can with it. He’ll take care of the rest. He’s given you what you need to be right there at that moment. It may not always be to our liking, but there is greater purpose it in. I truly believe it. He has placed me in His narrative for a reason. That’s a tremendous thought. He. Has. Placed. ME.  It may not be for one job or one person or one calling or even one phone call, but it’s all mine because He destined me to be here. And I want to make the most of every opportunity He gives me, large or small, beginning middle or end, because He thinks I’m important enough to take on. It’s given to me. My responsibility, and my privilege.

The above is a picture of a decal from my bedroom wall. I see it at least twice a day, when I get up and when I go to sleep. I wanted it that way to remind me over and over again, since I can be a little stubborn (no comments, please), that my story is important. It sure doesn’t always feel that way, but I know in my heart and my head that it is. And it reminds me that the middle of the story is where life happens. And I truly do want to live a story worth telling, but takes a lot of work every day. Little by little. Sentence by sentence. Sometimes word by word. But in the end, it’ll be a heck of a story because I won’t skip over the parts that made me sad or uncomfortable. Those parts add punctuation to the highlights. They are mine, and want to do them justice.

The process is just as important, or more so, than the ending. The final product didn’t just happen. It was often painstakingly pieced together from more details than we’ll ever know, from more people than we’ll ever realize. It’s a mosaic, a tapestry, of what living is all about.

Appreciate the process. It’s the only one you’ll ever have. And tell someone the story of your life, taking lots of time in the middle. And remember, you’re not done until you reach the very end. (Hint: if you’re breathing, you’re not done.) “There’s room for a little more” as Frodo says.

PS – I’m sure more LOTR posts are in my future, but if you’d like to read my lessons learned from them in 2009, here they are: one, two, and three.