Happy New Year! Insane that it’s already 2015. Wonder what this year has in store?

Before I move ahead, I wanted to take a quick look back at 2014. Here are a few of my highlights. Thanks to everyone who was a part of it! May we all have a more adventurous 2015!

My company, Orange, makes a lot of fantastic videos each month to enhance our curriculum. But this is my favorite that we’ve ever done.

May it remind you why this day is so special. MERRY CHRISTMAS! 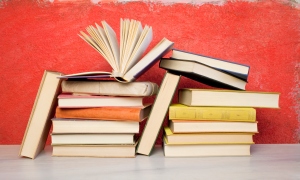 I read some great books this year! I didn’t surpass last year‘s number, but I sort of also rediscovered listening to music for a couple months. Still, I guess 28 books isn’t too shabby.

A lot more fiction has seeped into my reading list the last two years, which still kind of surprises me. But Audible just makes it so much more easy to fit books into my schedule, and enjoy them, so I’m welcoming it.

I was sort of in a “classics” mood this year and tried to also do A Tale of Two Cities by Charles Dickens and The Adventures of Huckleberry Finn by Mark Twain. Um, maybe I’ll revisit them in the future, but they’ve been abandoned for now. Is it me, or is Dickens hard to read outside of A Christmas Carol? Will I have better luck with David Copperfield (book, not magician 😉 ). And I remember liking Tom Sawyer, so maybe Huck’s just not for me. Or maybe I’ll just stick to the movies and plays.

Anywho, this is the list of who had my ear the past 12 months. What about you? Anything I should add to my 2015 list? 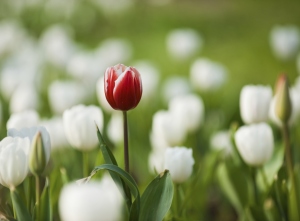 My word for 2014 was CLARIFY. Once I decided on this word, I put it on a Post-it and stuck it to my bathroom mirror so that I would see it every day. Some days it drove me. Some days it haunted me. And some days I just wanted to rip it off my mirror.

As I’ve been mentally preparing for this blog post over the past few weeks, I’ve been unsure what to write. I kept putting off even thinking through it for fear I would have no answers, nothing to say. Did I actually CLARIFY anything? Finally, upon reflection, I think I did.

I use verbs for my words of the year so I can think of them as motion, action. But so much of this year felt like I was stuck or going backward. Momentum felt out of my reach or something for another day. I’ve had chronic health issues for two and a half years. I can’t begin to describe what it’s taken from me: money, time, relationships, spirituality, memories, life. More than I ever could have predicted. As my health has progressed, or I guess lack thereof, I’ve just felt less like me.

But then there were those precious moments where there was a spark. A contrast to the rest of the time around it.

I watched movies like Begin Again and Wish I Was Here and they inspired me.

I had a four-hour conversation with Jason about justice.

I laughed till I cried with Heather, Matt, Rudy, Lisa, Chris, April and James over a game of Taboo.

I rejoiced as my friends Amy and Collin said, “I do.”

I reflected on life with Kristi and Patti.

I held the newest son of Daron and Margaret.

I planned events to help educate people on modern slavery.

I watched the Olympics.

I had honest conversations with Stephanie and Emily.

I had a long-overdue dinner with Michelle, Ben, Karen and Patrick.

I welcomed Katie back to the U.S.

I visited California…twice this year. (Currently my favorite state.)

I sung at the top of my lungs to the Wicked soundtrack. (Because who doesn’t?)

And so many more…

Those moments were different. They were bright spots in the day or week. They made me come alive, and feel like me again. It was if I was made for those moments. And those times helped me CLARIFY.

When I was in California the second time, I had dinner with Patti and Kristi, two women I met just months before at The Justice Conference in February. Between the three of us, we span three generations and backgrounds. And we have some great conversations as a result, CLARIFYING conversations. One of the things we talked about was each of our ages and what it meant to get older at that age. For me, turning 38 this year, I said I think I just continually grow into myself more. I feel like I’m always becoming more of myself, the me I’m supposed to be. And I guess that’s part of the wisdom “they” say comes with age. I’m so grateful for it. In some ways, I’m a very different person than I used to be. And in some ways, I’m the same. But I know I’m continually refining me, and it’s a lifelong process. There are days when it’s just plain not fun, and there are days when it’s an adventure I can’t begin to describe.

I crave more of these moments; moments that give me joy and purpose. So, for the rest of 2014 and in the future, I will strive to collect more CLARIFYING moments.

It seems simple enough. We all desire these moments, even if we don’t fully appreciate them when we’re living them. But I want to appreciate them more. I know they are limited, and I want to cherish them. It’s important to remember, though, that we must have the contrast to give them weight. So much happens in between errands and doctors’ appointments and work and responsibility. It’s up to me to take advantage of them and get more of them on my schedule, or at least be open to their possibility.

So, I’m not sure I gained a lot of concrete answers this year, but I believe I did CLARIFY a few things, and that’s a lovely gift to end 2014 with.

“We move forward. That’‍s the only direction God gave us.” – Gabe, Wish I Was Here 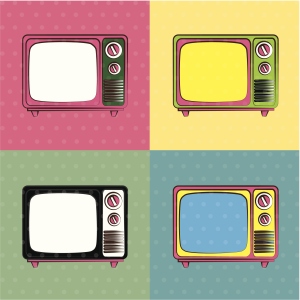 It’s fall! And along with chilly air and the Pumpkin Spice Latte, we are given the gift of fall TV premiers. I’m so excited!

Here is what I’m looking forward to:

Here’s what I’ve already seen and am excited about:

Here’s what I’m most thrilled to see return:

And I’ve seen and am on the fence about Gotham and How to Get Away with Murder, despite having initial high hopes. And I want to be really excited about Gracepoint, but I wasn’t over the moon about the BBC version, even though I am over the moon about David Tennant, my beloved 10th Doctor.