I’ve been back from India for almost two weeks. Still jet-lagged, I know I’m still processing everything. And likely will be for quite a while since it was a lot to take in. But as I recount the journey to people, I find myself saying a few of the same things over and over again. So, I wanted to share them here with you.

—Those were the nicest people I’ve ever met. If you compare stories with pretty much anyone who’s been to a third-world country, you’ll hear them make a similar statement. While we often make trips to these countries in an effort to help, through humanitarian or mission-minded efforts, make no mistake—there is a lot we can certainly learn from the people that live there. It is a common denominator that people who have little seem to have so much in the way of joy and happiness. That is something I hope that will stay fresh in my heart. I’ve made a big effort over the last few years to get rid of things I don’t need, but there is more to do. And I have a renewed energy.

I swear, though, the people of India, and Kolkata in particular, could give anyone a lesson in hospitality. They were so kind and generous, though they have little. Hospitality is core to their culture. Whether it was in smiles, or chai, or a meal or asking for directions or pretty much anything else, everyone we encountered made us feel welcome. And in talking to natives, its not just that we were Western visitors. It’s just in their nature. And it was humbling to witness.

—It’s easy to see how easy people can be taken advantage of. I keep telling people the best word I have to explain Kolkata is “post-apocalyptic.” It honestly looks like some major catastrophe happened there, yet people managed to live through it somehow. It is a shadow of its former glory, with the beautiful bones of colonial buildings peeking out behind crumbling buildings. Honestly, it’s like people are living in one big slum, or city dump. Trash and smog and pollution everywhere. It’s kind of horrifying.

And with so many people in such bleak conditions, literally people of all ages on every major street, you can get a sense of the ease in which exploitation occurs. According to the Global Slavery Index, there are more slaves in India than anywhere else in the world. This was actually one main reason I wanted to make the trip. I wanted to understand that better. Most of these slaves are through forced or chattel labor, but as prostitution is legal, sex slaves are in high number as well. And desperation often trumps good choices. In fact, choices are in limited supply for many.

—Cycles are hard to break. Poverty, abuse, exploitation. You see them everywhere you go, and in an up-close and personal way. Yes, they certainly exist in the US, but not to this degree and not in such a blatant way.

There were multiple times I was reminded on the trip that I can’t save anyone. I can offer help, but the choices are (and must be) their own. And they must decide that they want something different. Sometimes, sadly, it’s just easier or more familiar to continue the cycle. There were several people I desperately wanted more out of life for, but until they are ready to change, things will remain the same. Unfortunately, that can mean for generations. I think that is a defining factor in this country, undoubtedly in large part from the horrible caste system that perpetuated for so long, telling people they had a certain lot in life that couldn’t be risen above.

—There are some things I can’t yet reconcile, and maybe never will. I didn’t know this before going, but the fathers are the primary caregivers. Everywhere you’d see dads walking with their kids, holding their kids, grooming their kids, etc. But, of course, it’s also a patriarchal society that still doesn’t value women much.

So, I have a hard time with understanding how men can be the loving father of a baby and then young girl, and then see her relegated to a second-class citizen. It is another disgusting cycle. Of course, this isn’t 100% of the time. There are, as always, exceptions. In too many situations, however, girls may end up as child brides or in arranged marriages, bought or sold, given up because she is a girl and another mouth to feed, or just treated as less. Sometimes, as noted above, it is due to the lack of choices I think, but mostly, I believe it is just a culture shift that desperately needs to happen.

—These people need Jesus. Over two weeks, I probably saw maybe half a dozen references to Christianity.  This includes organizations, churches or even depictions of the cross. That was a stark change from growing up in the Bible Belt or South for sure.

I believe in some ways, there is a strong sense of morality in India. I think this is due to the overwhelming Hindu and Muslim influence. How else could they be so kind and hospitable? A moral compass guides them there, I think. They really are such wonderful people. And for Hinduism, in particular, they are often trying to work on characteristics they feel they need to be stronger in, like generosity or bravery or compassion, etc.

But after reflecting on many of the things outlined above, and trying to wrap my mind around them and the many other contradictions I experienced, I think Jesus is the missing link. Now, here me loud and clear when I say that Christians aren’t perfect and don’t have it all together. I’m not talking about Christians. I’m talking about Jesus. Though made in God’s image, we can often be very poor representations. We each have our laundry list of sins and transgressions. But Jesus is perfect. He is the culmination of grace and mercy and sacrifice and love, and by striving for those things, we strive for a better world. Maybe there would be less slavery and more freedom. Maybe there would be less discrimination and more dignity. I honestly believe there would be.

I have three friends who are making plans to move to India as missionaries, and now I see the enormous task ahead of them. But I believe Jesus is bigger, and will do great things in them because they are willing and He is able.

Curious about why I went to India? Read here.

Last week I attended The Justice Conference in Los Angeles. It was my first time attending this conference, and I was super excited. I’ve attended a lot of conferences, but this was really my first big one on social justice issues, which is such a huge part of my heart. The speakers did not disappoint. Really good stuff. I wanted to share some of my favorite thoughts with you. Hopefully they’ll inspire you as well, as you pursue the work of justice.

Innovation and Creativity in the Church

Ken Wytsma, Founder of The Justice Conference and author of Pursing Justice

Charles Lee, author of Great Idea, Now What and founder of Ideation Camp

Justice and The Gospel

Ken Wystma, Founder of The Justice Conference and author of Pursing Justice

Unfinished: The Pursuit of Justice Around the World

Putting Flesh to Your Vision

So, that was the Pre-Conference. Pretty awesome, huh? Stay tuned for notes from the main event! 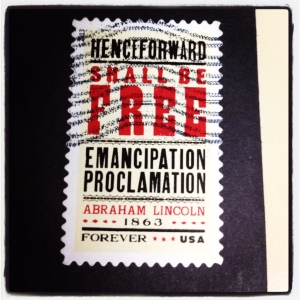