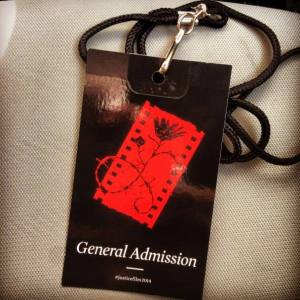 The third day of The Justice Conference is a film festival. It’s literally a 12-hour day of movies back to back. My kind of day! And, of course, cool to see so many movies focused on justice all together. I’m not great about watching documentaries either, so this was a good chance for me to stretch myself.

I didn’t love them all, but there are some real gems in here. Give them a try when you get the chance. (Some of them are less than 10 minutes.)

Here’s what we saw:

There are over 12 million orphans in the sub-Saharan Africa. Every year thousands audition for the chance to escape poverty and travel for the African Children’s Choir—only 20 make the cut. This is their story

Located in the heart of Los Angeles, Skid Row is a 50-block community that over 4,000 people call their home. Jubilee Project spent a day in Skid Row asking people on their streets on question, “What is your dream?”

It’s quickly becoming the most populated country in the world, but India holds a dark secret. Men and women who make their homes in poor villages throughout the central region are forced to make decisions that no parents should ever have to make: sell a child into slavery or watch your children starve to death?

A PLACE AT THE TABLE (Streaming on Netflix)

A documentary that investigates incidents of hunger experienced by millions of Americans, and proposed solutions for the problem. Featuring music from The Civil Wars.

When a Palestinian boy loses half of his home to Israeli settlers in East Jerusalem, he joins his community in a campaign of non-violent protests. Efforts to put a quick end to the demonstrations are failed when scores of Israelis choose to stand by the residents’ side.

Undivided is the hop-filled, challenging and inspiring true story of how a church and a public high school forged an unlikely friendship—initiating a beautiful transformation for both he school and faith community.

The Kingdom of Swaziland  hosts the highest rate of HIV/AIDS in the world, leaving 1/3 of its population orphaned or vulnerable. Never a Neverland documents the reality of a kingdom moving towards extinction and the hope of a people to ensure it never becomes a “Neverland.”

Get inside the lives of people affected by the world’s most compelling causes; witness the Sevenly team, a sylish Southern California  company race the clock to implement a life-changing solution for a deserving charity every seven days.

A young man from a fractured family and a troubled past went traveling through India without a plan. Then he met a group of HIV positive children living in an orphanage—a meeting that changed everything for him.

After selling herself at fourteen to a brothel inside her home of Svey Pak, Mien takes and undesired path all over Cambodia for the remainder of her teenage life.

Competing in a white man’s sport, reserved for the privileged, a rag tag group of cyclists coached by the first American to ride in the Tour de France is transformed into a powerful symbol of hope for a country recovering from one of the world’s most devastating genocides.

One winter, a South Korean pastor finds a baby on the church steps, and decides to build a “drop box” to rescue future foundlings. This inspiring story takes place after the box was first installed and documents the incredible changes that take place.